Three Ohio women were arrested for assault and child endangerment after beating up a McDonald’s employee and letting their children participate in the alleged incident, reported Fox 26.

According to the Bellevue Police Department, Ashley England, Mary Jordan and Sammie Whaley were caught on security cameras assaulting a female worker in the restaurant’s parking lot.

The alleged altercation occurred because the women thought the employee was taking too long to serve them their order. 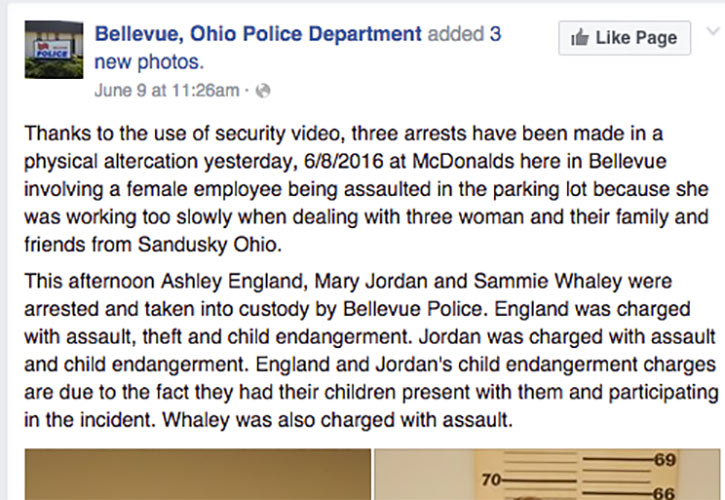 The three stunning examples of adulthood later made light of the incident by posing for the mugshots as if they were taking Instagram selfies. Say cheese! 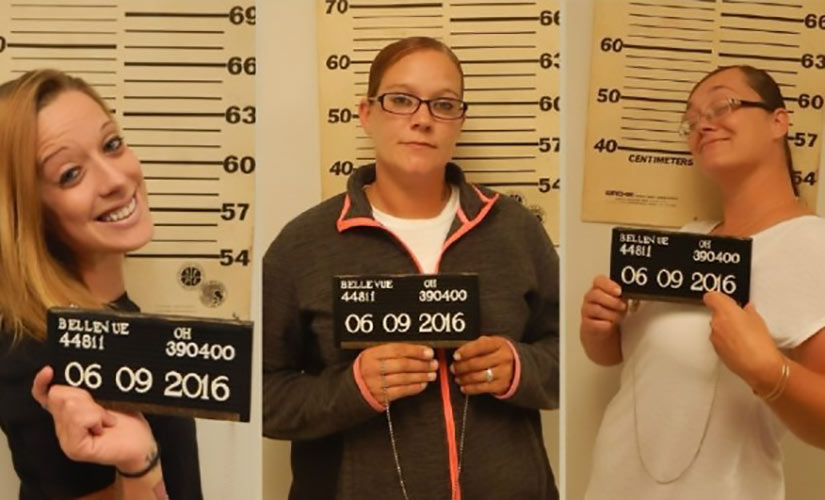