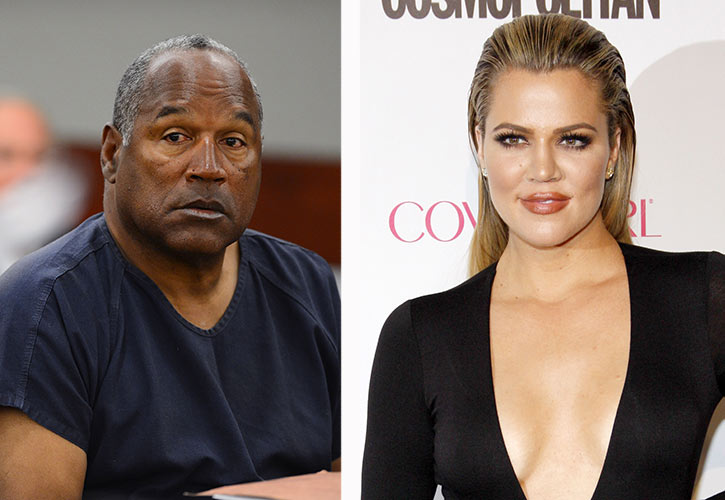 We may finally find out if O.J. Simpson is guilty … of being Khloe Kardashian‘s birth father.

The convicted felon has reportedly agreed to take a paternity test to see if the Keeping Up With the Kardashians star is his daughter, but only under one condition: that she visit him in prison.

That’s according to a former prison guard at Lovelock Correctional Facility in Nevada where the former NFL star is holed up, reported the Daily Mail.

“She has to go there and talk to him,” Jeffrey Felix told the publication. “He wants her to come out to Lovelock and visit him in person. O.J. will do it, and the prison officials have told him they will allow it. It’s just a quick mouth swab, and they would allow it to happen during a visit.”

Although Khloe is the third child of Kris Jenner and Simpsons’ former defense lawyer Robert Kardashian, there have been persistent rumors questioning her paternity.

Felix claims O.J. is eager to get to the bottom of the accusations.

“He wants to talk to her about some other things too,” he added, “But more importantly, like her, he wants to know if she is his daughter.”

Although acquitted for the murder of his ex-wife Nicole Brown Simpson, O.J. is currently serving 9 -33 years for an armed robbery conviction in 2007.

Neither Simpson nor Kardashian has yet to comment on the alleged paternity test developments.