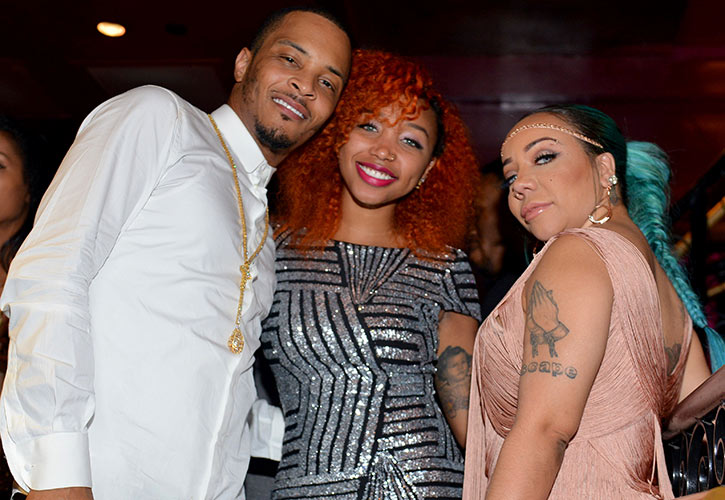 Zonnique Pullins, daughter of reality star Tameka “Tiny” Harris and stepdaughter to rapper T.I., was arrested for carrying a gun at Hartsfield-Jackson International Airport in Atlanta on Thursday.

The 20-year-old was taken into custody after attempting to go through security with a .380 Ruger semi-automatic pistol in her purse, reported People.

The T.I. & Tiny: The Family Hustle star was then charged with carrying a weapon at a commercial service airport without a permit.

My boo got the cutest mugshot in the game. Let me just clear a couple things up for you guys . Zonnique did get caught with her registered weapon but like most of us she just forgot it was in her really big purse. We were taught in my family that people are crazy out here and carrying a small gun to protect yourself is what’s needed . With the late shootings and death of a pop star all in Orlando just this week , I think it’s very appropriate that she carries a gun just not to the airport maybe lol. But my girl is home and good so please don’t start with the ignorant rumors , she was home and handled before you even heard about it. Zonnique has great parents that made sure she was okay from the moment she was caught. Not all celebrities keep security on them 24/7 they have to protect themselves just like regular people and we all have learned even security can’t always protect you . Her mugshot is still cute as hell lol

While the reality starlet has yet to comment, her cousin Tamara Whitaker shared Zonnique’s mugshot and included her two cents on the situation.

She wrote: “Zonnique did get caught with her registered weapon but like most of us she just forgot it was in her really big purse.” Don’t you just hate when that happens?!