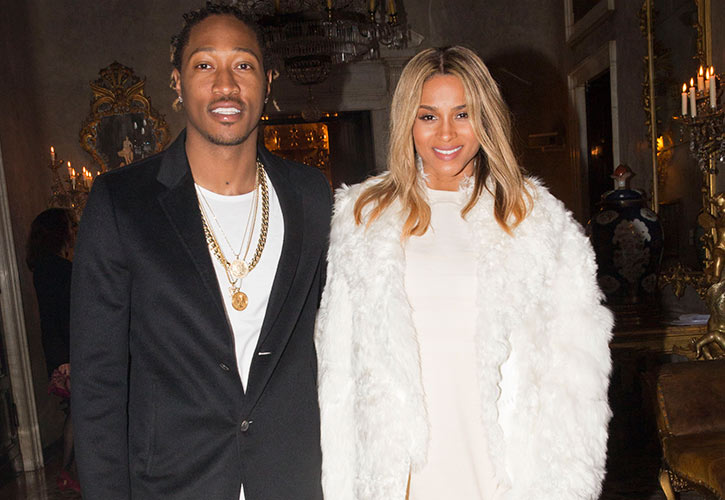 They’ve been entwined in a bitter custody battle over their two-year-old son, but Future now says he wants only the best in life for his ex-fiancée Ciara.

The rapper opened up about the former couple’s contentious relationship in a new Rolling Stone cover story.

“I was scared as s–t,” he said about their 2014 breakup to the magazine. “I was one step away from being married, and I feel like I failed publicly in relationships.”

Ciara later filed a $15 million defamation suit against the “Jumpman” singer claiming he bad mouthed her mothering skills in the media and wished her ill will in general.

“I would never wish that,” the 32-year-old countered. “[Ciara] being successful, her being happy, helps me.”

#Future, #Atlanta’s reigning hip-hop king, appears on our new cover. Head to RollingStone.com to read the story in full. From late nights in the studio to metaphysical visits with strippers, from his acrimonious split with #Ciara to his friendship with #Drake, we go inside his wild life. Photograph by Theo Wenner (@theo123456)

“I’m attached to you,” he said of his ex.“If you’re happy, I’m happy. You’re connected for life. I don’t want you to go through this s**t and for it to come back on my son, my kid. I want you to be in the best situation.”

Future recently dropped his countersuit against Ciara after they both agreed to joint custody of their son Future Jr.

While Ciara – whose is currently engaged to NFL star Russell Wilson – has yet to drop her lawsuit against Future, the two seem to be on a path toward civility for the sake of their son.