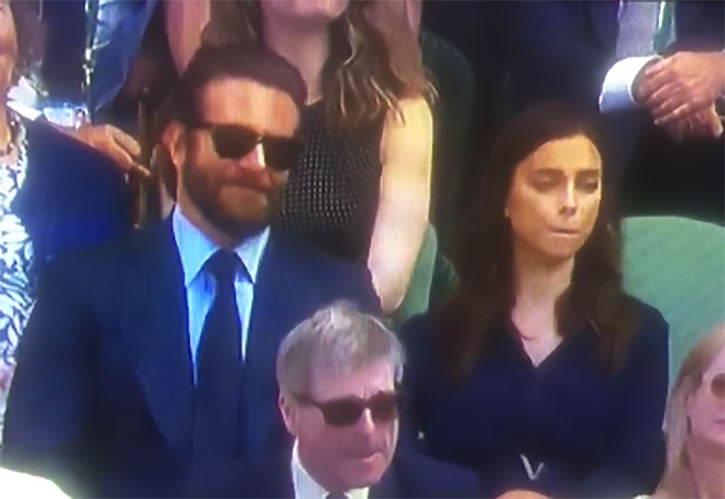 Bradley Cooper and girlfriend Irina Shayk appeared to have gotten into some sort of a verbal argument during the men’s final at Wimbledon in London on Sunday.

The gorgeous supermodel looked distraught as she wiped away tears, while the Oscar nominated actor’s side eye spoke volumes as he did his best to temper the situation with whatever futile words he could muster. But Irina wasn’t having any of it and gave Bradley the cold shoulder. Or did she?

Bradley Cooper trying not to have a fight with his girlfriend in the middle of Wimbledon. pic.twitter.com/B6yZWWLJTX

The whole incident was caught on video and had the internet speculating what the genesis of the altercation could have been.

Afterwards, reports claimed the 30-year-old Russian bombshell was just suffering from allergies and not in a war of words with her boyfriend of over a year.

What do you think? Does it look like Irina had a bout of hay fever or could there be real trouble in paradise for this Hollywood couple?