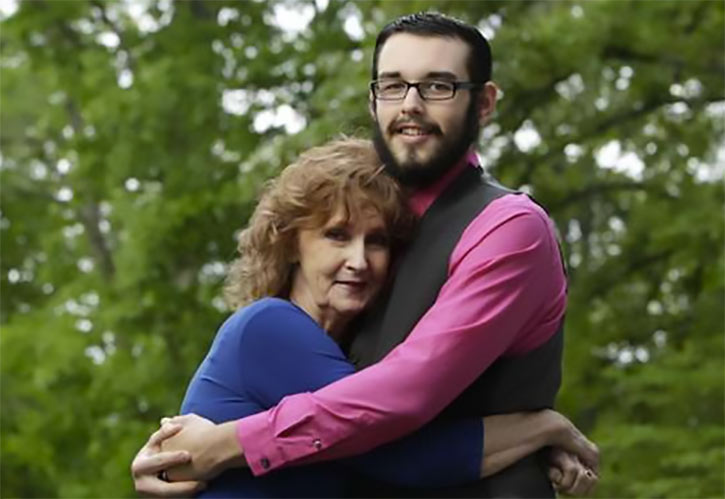 A 71-year-old grandmother from Tennessee has married a 17-year-old boy she met at her son’s funeral. Lawd have mercy!

Almeda Errell tied the knot with Gary Hardwick, now 18, just three weeks after the two locked eyes while she grieved the death of her 45-year-old son, reported the Mirror.

Although only teenager, Gary is no stranger to romancing elderly women as his last girlfriend was a 77-year-old.

After walking down the aisle, the pair – who are 53 years apart – couldn’t stop gushing about the sex on their wedding night.

“It was wonderful, beyond my wildest dreams,” the teen told the newspaper. “She really is my dream woman and the physical side of our relationship couldn’t be better.”

His geriatric bride concurred by adding: “It was the best ever. I’d never had a connection like it before.” Which speaks volumes considering she was previously married to the same man for 43 years. Her first husband passed away in 2013.

The newlyweds now share a home with Almeda’s adult daughter and two grandchildren, one of which is older than Gary.

Almeda and Gary have not said if they want children of their own.

They say age is just a number, but is there a limit to what’s acceptable?