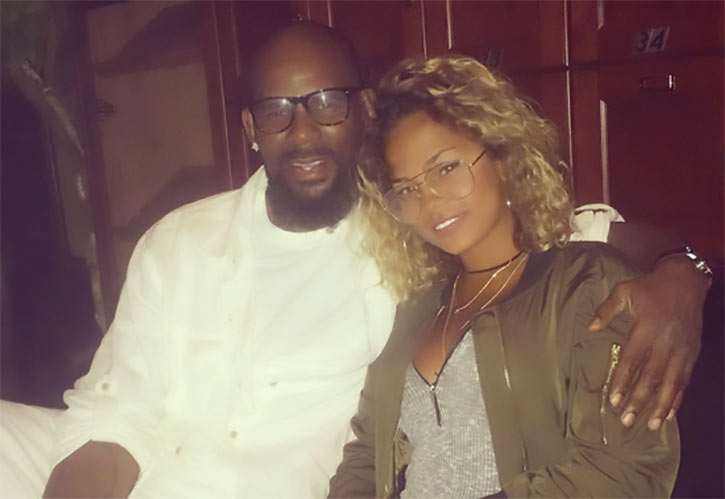 Oops, he did it again.

According to Complex, the 49-year-old R&B singer and the 19-year-old were spotted at an Atlanta club over the weekend. Hope it was an 18 & over spot.

The “Trapped in the Closet” singer is no stranger to cavorting with underage girls having previously married late singer Aaliyah when she was just 15.

In 2002, he was charged with child pornography after a video surfaced allegedly depicting him engaged in sexual acts with a teenage girl. He was acquitted of the charges in 2008.

While Kelly hasn’t confirmed or denied if he is in fact dating Calhoun, Twitter had a lot to say about his latest hook up.

Nobody is shocked that #RKelly is dating a 19 year old; We’re shocked she’s not a 15 year old. pic.twitter.com/cmrwzCLkTR

49 year old R KELLY, IS 1 year away from his AARPee card and His 19 year old Girlfriend is too young to be a manager at Forever 21!

Cheese 😄 getting to know Robert was probably the realist thing ever! #crazy