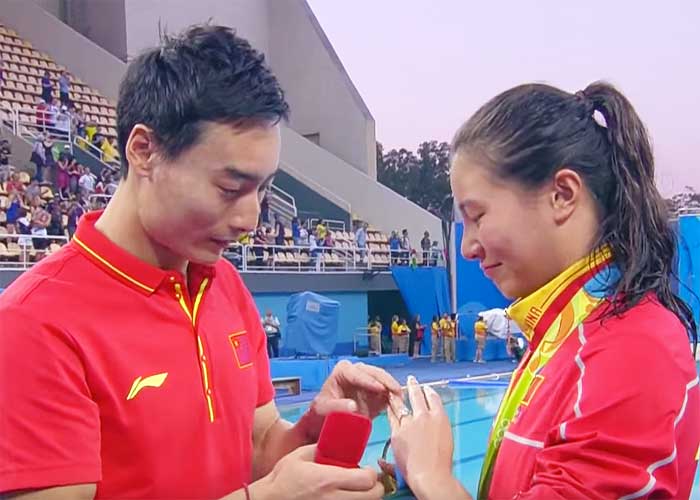 During the Olympic medal ceremony for women’s springboard Sunday, a Chinese diver not only earned an Olympic silver medal winner, but something extra as well. Chinese diver He Zi added some more bling to silver medal when her Olympian winning boyfriend popped the question with a diamond ring.

He Zi son a silver medal in the women’s 3m springboard Sunday at the Olympics in Rio, Brazil while her boyfriend Qin Zai, 30, took home a bronze medal for the men’s 3-m synchronized springboard last week. He surprised her during the award ceremony on national television.

He seemed more emotional about the engagement while she was surprised but not overly joyous. Did he steal her thunder?

Watch the video at https://youtu.be/p_6rcCYQ9no.