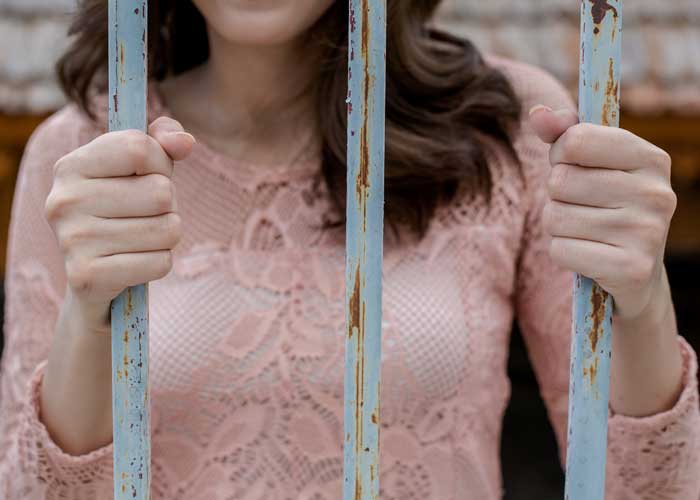 In May of this year, a woman in Alabama was arrested for hiring a hitman to assassinate her husband of four years. The mother-of-two didn’t know the hired hit man was an undercover cop. The police department staged her husband’s death and later arrested her. Now her husband is coming to her defense claiming it was entrapment because his wife can’t be that clever.

Sarah Shepard, 27, of Hartselle, Alabama was arrested in May for conspiring to commit a murder against her husband, Richard Shepard, according to WAFF-TV. Her intended victim helped police stage his assassination, but he has since had a change of heart this week telling a Morgan County judge that his wife couldn’t possibly think up such as plan. In court, he told the judge Sarah isn’t even capable of putting a grocery list together let alone a murder-for-hire plot. He claims the police department set her up and she is a victim of entrapment.

It all started back in April of 2016 when police were tipped off that Mrs. Shepard was making comments to her Wal-Mart coworker about wanting her husband dead. After police questioned her, she returned to work and continued making the threats.

She was later introduced to a hit man for hire, and she proceeded to make a deal for $500 for the assassination. Mrs. Shepard put a down payment for $100, and when the hit man returned with “proof” of her husband’s death, she paid the remaining balance and arrested.

Mrs. Shepard is currently in jail on a $500,000 bond, but the husband wants it reduced.