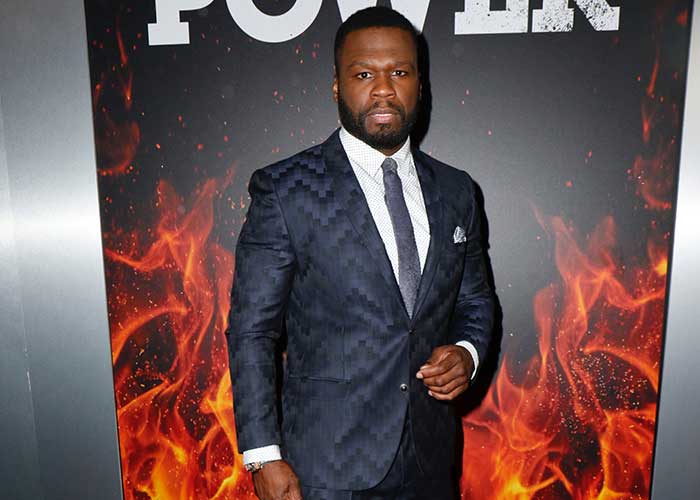 50 Cent has no filter when it comes to expressing his true feeling towards people who say anything against him on social media. This time the target is between his baby mama Shaniqua Tompkins and his 18-year-old son Marquise Jackson.

50 Cent’s eldest son Marquis turned 18 recently, and dear old dad posted a countdown on Instagram to the day he will no longer pay child support to Shaniqua with the hashtag #Shanquagetsajob. His baby mama shade was deleted from the rapper’s account, but the ShadeRoom screenshot the diss.

Curtis James Jackson III aka 50 Cent’s son replied back to dad on the Instagram post shaming him for missing a few of his birthdays in the past. Mom came to her son’s rescue after online haters attacked Marquis’ comment.

In her reply, Thompkins sets the record straight on who supported who at the beginning of their relationship. Of course that didn’t sit well with 50 Cent who lashed out and accused her of hating him. He finished his Instagram post with the hashtag #startJOBhuntingNOw

Life is full of choices,some you cant take back. If you hate me why you dont change your son's name to tompkins. If im the problem why were you crying saying its your fault you didnt let him see his grand parents for 4 years? Im not your enemy you are. #startJOBhuntingNOw

50 Cent recently acknowledged a third child age 11 who he met in earlier this year. Jackson may no longer be paying child support for his eldest, but now he has two more to with the youngest one only age 4. He’s got a long way to go on those child support checks (unless he has more).

This is the most recent 50 Cent online feud with his last attack aimed at Vivica Fox. Should the “mogul” keep his beefs private?