A Dying Dog Walks Down The Aisle With The Bride 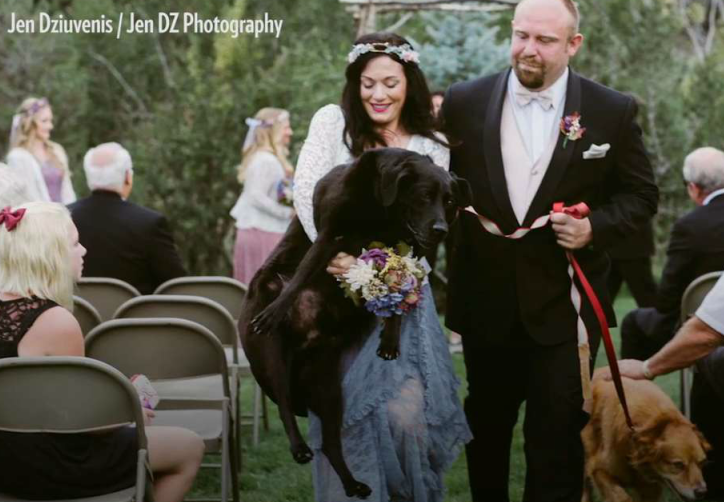 A 15-year-old black Labrador mix, dying of a brain tumor, accompanied his owner down the aisle on her wedding Day. Kelly O’Connell, a veterinarian, wanted her dying pet to be part of her big day, but he was unable to make it on his own.

O’Connell and her new husband James Garvin included their beloved dogs for their Colorado wedding including Charlie who only had a few days to live. According to People.com, the sickly pet hobbled down the aisle, but needed assistance to the podium.

“I’m so happy he was able to be part of my wedding,” says O’Connell to People. At the end of the ceremony, O’Connell carried her beloved pet in her arms as they walked out as man and wife.

Charlie died nine days after the ceremony.  The images of Charlie and O’Connell have since gone viral, and who can blame those endearing images.