Josh Brolin Admits He Was A Groomzilla For His Third Wedding 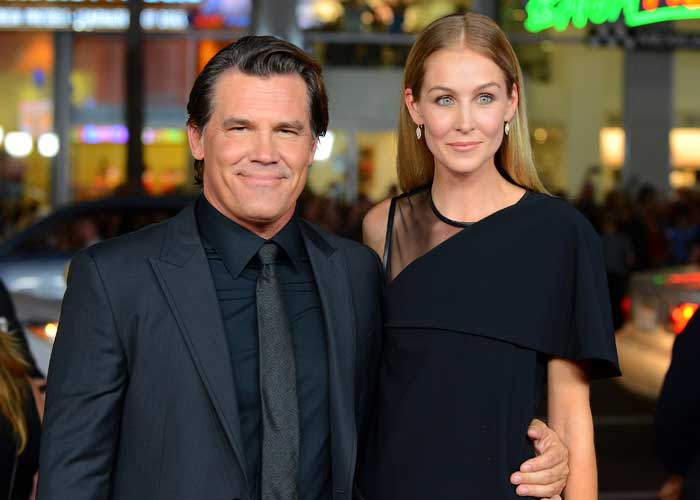 Actor Josh Brolin married his former assistant Kathryn Boyd over the weekend in Carolina, and unlike most grooms, Brolin had a hand in the wedding planning.

The newlyweds shared their special day on Instagram. He admitted to being a control freak when it came to the wedding preparations, referring to himself as a bit of a groomzilla when he spoke recently with E! News.

i thank You God for most this amazing day:for the leaping greenly spirits of trees and a blue true dream of sky; and for everything which is natural which is infinite which is yes (i who have died am alive again today, and this is the sun’s birthday; this is the birth day of life and of love and wings: and of the gay great happening illimitably earth) how should tasting touching hearing seeing breathing any–lifted from the no of all nothing–human merely being doubt unimaginable You? (now the ears of my ears awake and now the eyes of my eyes are opened) e.e. cummings 1894-1962 @kathrynboyd_ Photo by @danellebohane www.danellebohane.com #jbkbstucktogether #bam! #atlove #simplyhappy #southernbliss Thank you to all who were involved and made the trek: friends and family alike. We love you all dearly, deeply, and without measure. ❤️JB&KB

Kathryn Boyd began her relationship with Sicario actor two years after working for him as his personal assistant. The couple were engaged last year in May.

The couple married in North Carolina Saturday evening, and judging from the images posted on Instagram, the romantic evening was a hit.

Brolin was previously married to Batman v Superman actress Diane Lane form 2004 to 2013, and actress Alice Adair from 1988-1994 with whom he shares two adult children.

A lifelong dream to design my own wedding dress, and yesterday that dream came true. My design, my mother’s lace, sewed together and crafted by the most brilliant Christie Hudson Couture. Thank you Chris for helping me make this dress my most favorite garment I’ve ever seen. You are a master. #chrishudsoncouture Photo by @danellebohane Hair @kristinatabb Makeup @taffyambermua