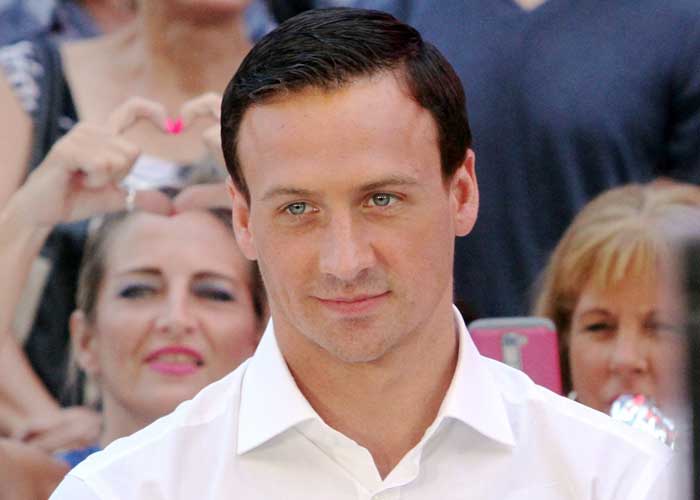 Despite his family’s concern that it’s too soon to be engaged to his girlfriend of nine months, Olympic swimmer Ryan Lochte proposed to Kayla Rae Reid in spectacular fashion and shared the moment on Instagram.

Lochte, who is currently competing on Dancing with the Stars, popped the question to the former Playboy model Sunday evening on a Malibu mountain top. According to E! News, the 32-year-old rented a helicopter for a romantic sunset tour of Los Angeles with a final stop at the Malibu location.  Both Lochte and his new fiancé showed off the engagement ring with posts on Instagram flashing the bling.

Lochte and Reid met earlier this year in January. Lochte told USA Today that he knew Reid was “the one” for him after standing by him through the Rio Olympics scandal in which he lied about being held up at gunpoint.

“When I realized this was ‘the one’ was when she stuck behind me through this. She still loves me and she’s still right there with me.”

Lochte also revealed to USA today that his family cautioned him about committing too fast.

Apparently a crisis is the best way to find out how loyal someone is too you. Congratulations to the happy couple and let’s hope the wedding day goes off swimmingly.

Speechless. Absolutely beautiful. So in love with YOU. ❤️