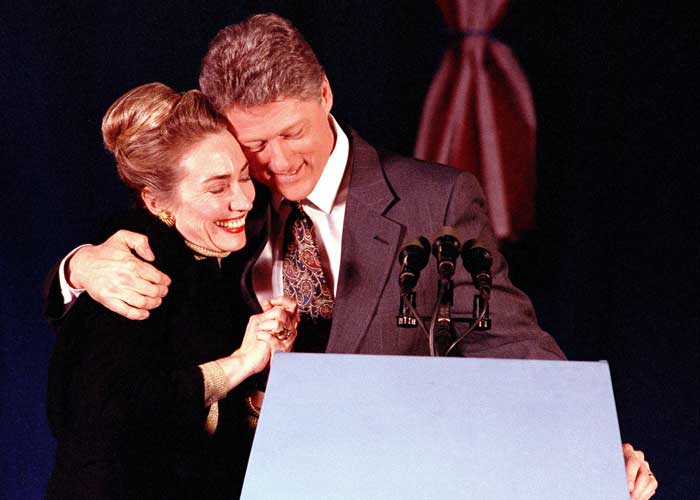 Tuesday Bill and Hillary Clinton celebrated their 41st wedding anniversary. To commemorate the occasion, the former U.S. President tweeted out a loving message to his wife and 2016’s Democratic Presidential candidate.

The Clinton’s marriage has been tested time after time with cheating accusations throughout most of their union. Sunday Donald Trump brought up Bill Clinton’s rape accusations during the second Presidential Debate which couldn’t have been easy for Mrs. Clinton.  Bill certainly needed to make it up to his wife, so he dedicated a tweet for their anniversary in which he calls Hillary his “best friend” and “finest changemaker.”  The former United States President hasn’t stopped campaigning for his wife even on their wedding anniversary.

41 years ago I married my best friend and the finest changemaker I’ve ever known. And yes, I’m still in awe of her!

While the Clinton marriage may be full of scandalous details, the love story prior to their wedding day was certainly romantic.  According to TheKnot.com, Bill and Hillary first met at the library when Hillary noticed Bill glancing her way. She made the first move, and approached him to introduce herself.

After graduating from law school, Bill took her on a European vacation where he popped the question, but she turned him down to focus on her career path. He asked again, and she still denied him.  Another time he was driving her to the airport when Hillary pointed out a house for sale that caught her eye. When she returned from her trip, he surprised her with the news that he had bought the house, and now he’d have to marry him otherwise he’ll have to live there by himself. She finally said yes.

They married in the living room of their new home on October 11, 1975.