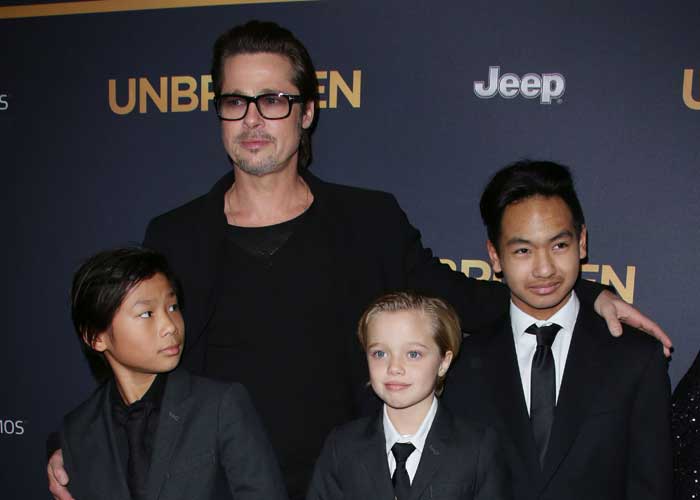 Brad Pitt recently reunited with his children since Angelina Jolie filed for divorce, but one child was missing.

Brad Pitt was granted supervised visitation, according to PEOPLE, after Angelina Jolie filed to end the two-year marriage and requested full custody. The divorce and custody filings were a result of an altercation between Pitt and their 15-year-old son Maddox on a private plane. The L.A Department of Children and Family Services became involved after hearing of the incident.

The DCFS recommended visitation with Pitt under the supervision of a therapist, and Pitt and Jolie agreed to the supervised visits. According to PEOPLE, the father of six reunited with his children twice since the incident, but Maddox stayed away both times.

The PEOPLE source claims Pitt, 52, and Jolie, 41, have not had any contact with each other except through their legal teams. The source adds the whole family collapse is a “sad situation.”

We hope the Jolie-Pitt clan can recover from this unfortunate incident and move forward as a family.