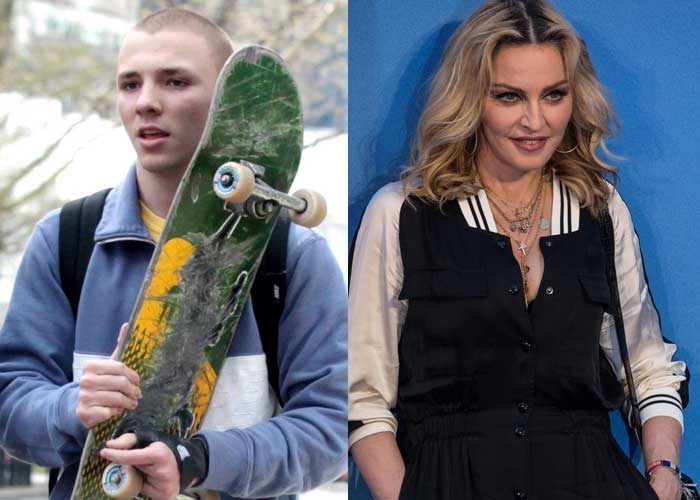 Madonna took down a Thanksgiving Instagram post after son Rocco Ritchie took a dig at Madge in the comments.

Madonna and her young children shot the mannequin challenge on Thanksgiving night, and shared it on Instagram. Madonna, with a piece of food hanging off her mouth, froze for the camera as did her son David, 11, daughter Mercy, 10 and her guests. The fun family moment for the Ciccone’s was not shared by the older sibling.  Madonna’s estranged son Rocco commented on the video saying, “I’m so glad I don’t live there anymore.” Watch the video.

Sixteen-year-old Rocco took up permanent residence  in London with his father Guy Ritchie and his new wife and children after refusing to live with Madonna in New York City earlier this year. The custody battle between Madonna and her ex was taken to court, but Rocco eventually ended up winning that argument to stay in London.

More trouble followed when Rocco was arrested in September for marijuana possession in London, but Madonna told the Associated Press she’s standing by her son. Teens will be teens, and hopefully mother and son can make amends soon.